Underwater Most Beautiful Parks in Indonesia. Indonesia is an archipelago with a very wide waters. The sea holds the potential of outstanding natural flora and fauna and also the beauty. Coral reefs in it other than as a residence and a food source for fish and other living creatures is also a potential for marine tourism. The tourists both from home and abroad come to witness the creation of the Almighty God. 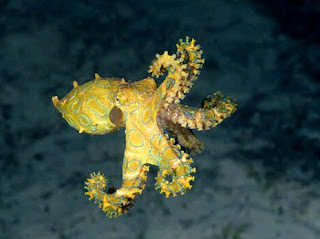 Here is the underwater park in Indonesia

3. Derawan Underwater Park – East Kalimantan
Underwater garden is located in the district of Berau Derawan East Kalimantan Province. The beauty of this underwater park is fabulous with a collection of about 470 types of coral species. The islands are the center of the turtle nesting green turtles (Chelonia mydas). There was also the hawksbill (Eretmochelys imbricata) were very rare. We can also enjoy seagrass, Mangroove forest and various kinds of aquatic fauna such as whales, dolphins, giant clams, coconut crabs and barracuda.

Being part of Togean Islands National Park, located in the Gulf of Tomini Central Sulawesi province. Coral reefs here reached 132,000 hectares comprised of 260 species. In this place we can meemukan about 600 kinds of fish and 500 species of mollusks. Endangered species that still exist such as giant clams, green turtle, hawksbill and pilot whales

5. Wildlife Underwater Takabonerate – South Sulawesi
Its location is entered in the National Park Area Takabonerate South Sulawesi province. Takabonerate Sea is an area of ​​coral islands or atolls so vast that 220,000 hectares of which are decorated with coral reef that reaches 500 square kilometers.

6. Underwater Parks Banda – Ambon
Collections of coral reefs in the archipelago banda is extraordinary because it reaches more than 400 species, which means about 65% of coral reefs can be found here.

7. Wakatobi Underwater Park – Southeast Sulawesi
Under Lautwakatobi park is a series of islands, namely Wangi-Wangi, Kaledupa, Tomia And Binongko. Her layout is between Banda Sea and Flores Sea and entered in a national park Wakatobi archipelago.

8. Wildlife Underwater Raja Ampat – West Papua
Underwater park is the largest in Indonesia with an area of ​​60,000 hectares. The underwater park has 1500 islands. Raja Ampat collections include 500 types of coral, 1000 kinds of reef fish and 700 species of molluscs found here. Birds of paradise, maleo, banyaka parrot found in this region, including various kinds of orchids.