Scuba Between Volcanos In Sangihe Talaud Indonesian. Sangihe and Talaud is the result of regional expansion in 2000 became one of the new districts in the province of North Sulawesi. Geographical area of ​​the small island located anatara island of Sulawesi to Mindanao island in the Philippines and are lip Pacific Ocean that makes this region save tremendous wealth of the sea is breathtaking coral reefs and diverse fish species. Therefore here is very suitable for diving enjoyment of the blessings of the Creator’s work. 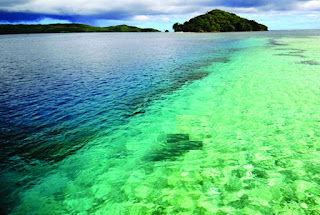 The divers will be able to feel the whisper of underwater volcanoes. In Mahagetang Island waters about 8 meters from the surface we can race against the popping bubbles of lava rocks. Two volcanic peaks are in these waters which makes sea water was warm around the crater. The right time to do the diving is from April to November.
Sangihe community call this volcano Banua Wuhu. Which is believed to be the abode of the gods. The gods would be angry if human nature marred by the sea. Therefore each end of January to do the ceremony to present the gold to be sown by the head of customs in a long corridor beneath the sea.
Among such articles Diving Volcano In Indonesia Sangihe Talaud. Hopefully useful and thanks