Skip to content
Homepage / Wonderful of Indonesia / Most Beautiful National Park in Indonesia
Most Beautiful National Park in Indonesia
1.       Wasur National Park – Merauke – Papua
The wealth of flora and fauna make Wasur National Park gets its nickname Serengeti Indonesia. Serengeti is a national park that is very widespread in Tanzania, Africa famous for biodiversitasnya. With an area of ​​4.138 square kilometers in 1990 designated as national forest.
National Parks Wasur store various interesting sites. If we want cultural tourism, there are a number of tribes Kanum that can be visited. Customs and habits of the locals are fond of hunting and gathering was very interesting to learn. Then to Kampung Rawa Biru which has the largest springs in Merauke. 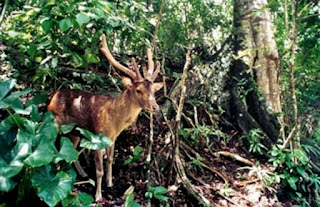 Many interesting things can we get to explore this national park. Among them were met with hornbills, mystical animals that inspire traditional Dayak dance. For those who like fish memamancing we can be fished in a predetermined spot. Excellent fish here are fish semah large and expensive.

If you want more challenge we can do trekking part of the river water upstream of Kapuas river. Trekking along the Kapuas river – this Mahakam takes about seven days or a week. On the way not only met the corpse flower and deer we could also learn Punan Dayak culture which is the oldest Dayak tribes in Borneo.
3.       Manupeu Tanah Daru National Park, East Nusa Tenggara
Here there are 123 species of birds and eight species of endemic birds. This area is the best habitat for birds of Sumba. Moreover we can see Timor deer and 7 species of butterflies endemic. Trekking in the region Manupeu Tanah Daru spent about 5 days. When the best visit was in March to June and October to December.
4.       Parks Nani Wartabone, Gorontalo
National parks along the river we can find a five-legged alligator. It is said that this crocodile friends with Pokkambango, a hero of the lower classes in the legend of Gorontalo. Here there are a lot of hot water that tastes salty. One point is the public idol hot waterfall in the cave stalactites. This location frequented by the locals to look for hot water to drink and take home.
Nani Wartabone park has an area of ​​193.600 hectares that became a breeding ground for birds typical of Sulawesi is maleo. If you want a different adventure, we can visit the Old Tinogu tourist village inhabited by the descendants of Sultan Wartabone bone, Palaka Aru. Distance of about 10 hours from the entrance to the park. There we will stay at home resident Wartabone famously hospitable and friendly.
Most Beautiful National Park in Indonesia