Learning From Wisdom Tribe Bayan Caring for Nature. Bayan tribe located in North Lombok, West Nusa Tenggara, Indonesia. About 75 kilometers from the provincial capital Mataram. The form of houses, mosques, traditional ceremonies and lifestyles nothing has changed up to now reflect the wisdom of maintaining tradition and nature that they occupy. Bayan tribal house thatched roof, bamboo walls and the floor was made of compacted soil. Did not have a divider between the room, with no windows and has a door that only one facing east or west. Each house has a gazebo and a colonnaded similar Beruga six. 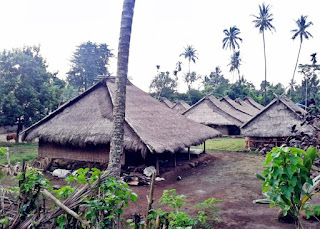 There is an ancient mosque Bayan Beleq. Mosque architecture is maintained since it was built in the 14th century mosque Material consists of bamboo and wood suren without using nails. Light the lamp was still using a torch.

Bayan tribe community has a tradition of preserving nature and the environment. Six indigenous forests are spread across the three regions masing0masing guarded by an indigenous forest stakeholders. The forest is also protected by customary rules called awiq-awiq. For those who violate customary law such as cutting one tree will be subject to penalties such as fines buffalo, 100 kilograms of rice and 244 pieces of perforated.
Had Bayan tribe of customary law applied throughout our beloved country Indonesia. Sure we can imagine our forest area known as the lungs of the world will not be damaged by the elements greedy who only think about money and the importance of their own interests regardless of the result of the wider community. No illegal logging or burning of forests that actually is the inheritance of the children of our grandchildren.
Thus articles Learning From Wisdom Tribe Bayan Caring for Nature. Hopefully useful and thanks