Gua Jaran Pacitan Indonesia | There is no end of the maze. Throughout the cave, located in the village Jlubang, District Pringkuku, Pacitan, East Java, is decorated with ornaments consisting of stalactites and stalagmites displays outstanding natural charm. Stone makrogourdam and mikrogourdam scattered around that add elegance. The length of the cave has been mapped in 1994 by a joint team of Indonesian and English are sepanjnag 25 kilometers. Has found a cave where this led. 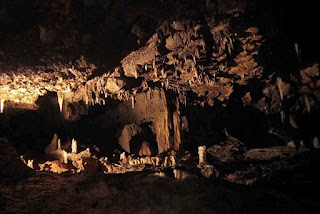 Gua Jaran is bwah river soil. Inside her there is a large space or cavity of almost half a football field and called the hall. 6 meter high waterfall beautify gliding nearby underground scene. To achieve this hall is not easy because we had to crawl through a narrow hallway minimal oxygen. This condition is caused by the effect of the difference in volume of the room. The width of the hall suddenly into a narrow cavity then meet a very large space.

After the hall to get to a point 25 kilometers stretching cavities mutually concatenated like a maze. And an endless maze. Not been established when the mystery is solved. Experts and searchers are still trying to uncover.
Thus articles Gua Jaran Pacitan Indonesia | Non Leads maze. Hopefully useful and thanks